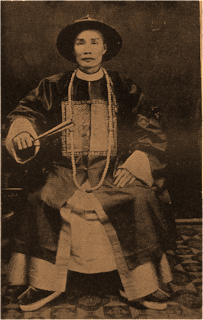 Kapitan Yap Kwan Seng was the fifth Chinese Kapitan of Kuala Lumpur and also marked as the last one upon his death. Famously known as the last Chinese Kapitan of Kuala Lumpur, Yap Kwan Seng was also famed for his philanthropic contributions in economics, educations, social and health welfare in British Malaya.Yap Kwan Seng of Hakka origin was originated from Liangpoi Village, Chixi Township, Taishan County,  Zhuhai Prefecture, Guangdong Province in China, where he was born there in 1846. He was the eldest son of Yap Hoin Yin. Yap Kwan Seng first arrived in Malaya at the age of 16 years. He first arrived at Malacca to visit a friend and learning the great success in managing tin mining in Malaya. The curious young Yap Kwan Seng, was then decided to remain in the country after spending some time in assisting Kapitan Yap Ah Shak.Yap Kwan Seng later commenced tin mining own his own account and was successfully in securing from the government in monopolizing the State Selangor Farms (Opium & Liquor). In 1888, on the death of Kapitan Yap Ah Shak, subsequently, Yap Kwan Seng was elected to replace the Kapitan office. He was given a seat on the Selangor State Council and Kuala Lumpur Sanitary Board. Yap Kwan Seng died at his residence at Kuala Lumpur in 1901, leaving a family of fifteen sons and ten daughters, and estates valued at several million dollars. His estates were left in trust to Messrs. Teh Seow Teng, Tong Tung and Yap Tai Kee (his eldest son). Yap Tai Kee died shortly after his father and his position was taken by the second son, Yap Tai Cheong.

The Chee family is noted as one of the oldest Chinese families in Malacca. The arrival of the Chees were dated during the early time of the Malacca establishment. Hitherto, the family's presence is still eminent in Malacca, where more than 12 generations have been passed down.

The Chee was originated from Zhangzhou Prefecture in Fujian Province of China. The first Chee who migrated to Malacca was Chee Soo Sum (1689 - 1752), who was a scholar and General of Ming Dynasty. Chee Soo Sum came to Malacca during the second half of the eighteenth century. The reason for his migration was partly due to his refusal to serve the newly founded Qing Dynasty under the Manchurian's tenure. Chee Soo Sum died in Malacca and was buried at the Bukit Cina Cemetery. One of his sons, Chee Tiow Seng also died in Malacca on 16 December 1832 and was buried at the Bukit Cina Cemetery. Chee Tiow Seng's son Chee Kim Guan died on 13 January 1839 and his grave could not be found until today.

When the British took over Singapore and founded a colony there, Chee Yam Chuan and his parents (Chee Kim Guan and Goh Him Neo) were among the early settlers. It was in Singapore he met Lim Leack and Tan Chin Seng son of Tan Oh Lee, and established the Leack, Chin Seng & Co., a general store selling food stuffs and etc. The business in Singapore could not make him rich but able to meet the end of the day. He then moved back to Malacca and his life changed when he came to know Raja Jumaat, the son of a Riau prince in Selangor, where both were business partners in tin mining and close ally in monopoly tin mining in Selangor. In 1851, Chee Yam Chuan established a branch of Leack, Chin Seng & Co. in Malacca. The company was initially a food provision store selling tin and tapioca, but later ventured into logistic and steamship. The firm was under the management of his son, Chee Hoon Bong.

When Raja Jumaat was granted the Lukut district by Sultan of Selangor in 1846, where he and Chee Yam Chuan were the main partners in developing tin mines at there. Raja Jumaat's son Raja Bot, lived with Chee Yam Chuan in Malacca for some time, where he acted as Chee's business intermediary with the Malays. In 1849, Raja Jumaat's brother, Raja Abdullah also borrowed large sums of money from Chee Yam Chuan to open up mines in Klang.

After 37 years of Chee Yam Chuan's demise, in 1925 his grandson, Chee Swee Cheng built a family temple at Heeren Street and named in honour of Chee Yam Chuan. The management of this temple is under the Chee Yam Chuan Temple Trust. Despite the tremendous surge of modernization in the Chinese culture today, the Chee family still keeping a tradition of electing the head of the Chee clan and its trustees. And the presence of male dominance in the family is still strong, as only male descendants are allowed to join the committee members and also have the rights to vote, elect and appoint the Chee patriarch and trustees. Today, the elegant Chee Yam Chuan Temple at 117 Heeren Street, Malacca functions as the family hall of meeting and celebrating family festivals. 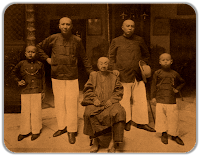 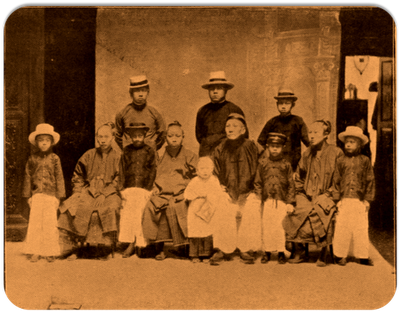 This page will substitute  and expand the previous similar page ( List of British Honours to the Overseas Chinese in the Straits Settleme...